Locally owned and controlled media is a rarity these days. For the past 40 to 50 years, the trend has been for national (and international) corporations to buy up small town newspapers, TV, and radio stations. The reality is that six corporations control 90% of the media outlets in America. They are AT&T, CBS, Comcast, Disney, News Corp (Fox), and Viacom. The Vidette Messenger, since 1927 the local newspaper, was purchased by HowardPublications in 1994 and later by Lee Enterprises in 2002.  Lee Enterprises publishes 77 daily newspapers in 26 states and is headquartered in Davenport, Iowa.

The result of these media consolidations is loss of local control and homogenization of content. 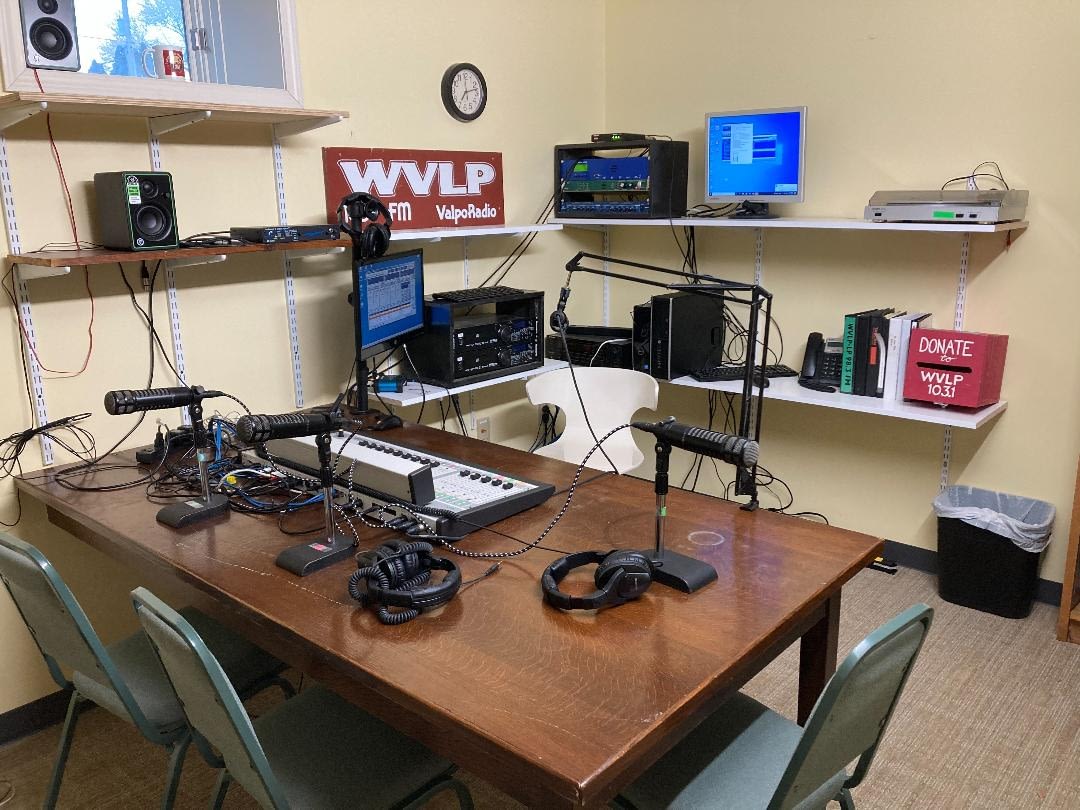 The WVLP studio at 454 College Avenue in Valparaiso, IN.

All programing on WVLP is done by community volunteers. Here is a sampling of the programming:

This is just a sampling of the local, volunteer produced shows on WVLP.

Anyone from the community with a particular expertise or passion may apply to do a show.  Contact WVLP at info@wvlp.org.