info@projectneighbors.org
0 Items
Project Neighbors > Blog > History > A Sharpie, a Piece of Cardboard, and a Vision

A Sharpie, a Piece of Cardboard, and a Vision

An amazing, complicated, and often infuriating man, Walt Reiner and his wife, Lois, (pictured) were the founders of Project Neighbors.  The story of that beginning is for a later date. Today I want to just give you a sense of the man. 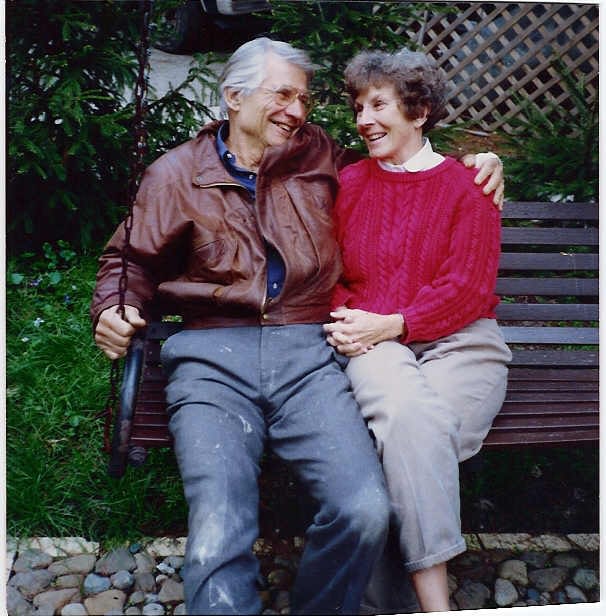 Start by looking at the picture. Note the condition of his pants. I don’t think I ever observed Walt without a bit of caulk or paint on his clothing. He was a man of action.

In summer of ’92 or ’93, I was walking down Brown Street with Walt. We were probably talking about “The Big Picture,” his favorite topic, when, as we passed a dilapidated old house, a man emerged from that same house. Walt greeted him on the sidewalk and engaged briefly in conversation. As it turned out, the man was the owner of the unoccupied house, and was preparing it for sale. Always ready to seize an opportunity, Walt asked, “How Much?” It was a very small house, and, as I said, it was in bad shape.  The owner replied, “$30,000.”

With no hesitation, Walt walked from the sidewalk to the street, bent over and picked up a piece of water stained card board laying in the gutter next to the curb.  He proceeded to pull a Sharpie out of his breast pocket and write out a purchase agreement for the property. Project Neighbors agrees to purchase (address of the property) from (name of seller) for $30,000……….”. Both men signed the cardboard, exchanged phone numbers, and we walked away. My kind of business transaction.

The house was purchased, minimally renovated, and after an Eagle Scout candidate helped (with Walt) to build a bedroom addition on the rear of the house, a needy family with four children moved in.  After all the kids were grown and on their own, the mom and dad moved into an apartment.  Project Neighbors demolished the house and built a brand new, three bedroom, energy efficient house which is now occupied by another family.

For Walt, the distance between an idea and making it reality was often a short path.