info@projectneighbors.org
0 Items
Project Neighbors > Blog > Community Voices > Where Have All the Students Gone?

Where Have All the Students Gone?

The world has become increasingly more and more complex – even on matters as mundane as student transfers — while at the same time we are presented information and encouraged to think about these matters in terms of simplistic soundbites. This is of course a recipe for mass confusion and misunderstanding. 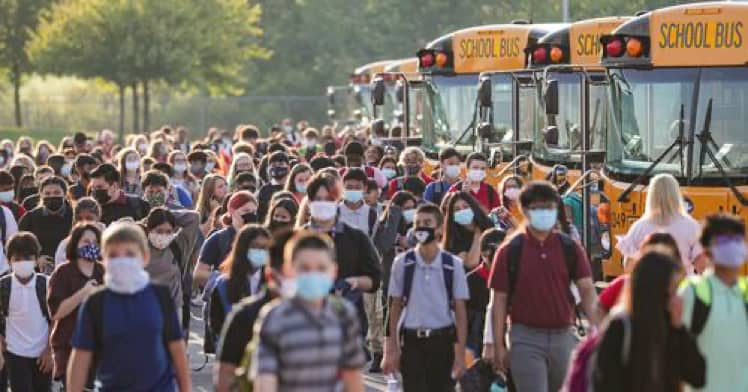 Where have all the students gone?

By the time this appears the referendum on the Valparaiso Community Schools tax increase or decrease, depending on your perspective, will be over and all the little green signs will have begun to disappear. However, the problems and criticisms raised about the schools will still be there in the minds of many. There were many issues raised in the campaign, some of them critical of the Valpo schools in general, but most focused on  the administration and the School Board.  Some were richly deserved and others not so much.  One story bantered about that I found particularly interesting was that the number of students who left VCS every year somehow implied that the school system had some serious problems and was failing and/or at least this needed some explanation.  The data used to support this was the number of students that “transfer” from the VCS every year.  The number I heard frequently was that 400 or so students left the Valpo school system every year.  I wondered how that could be when after 3 years the school would be down 1200 students, which of course didn’t happen.  The response to my query about this was that that there were enough incoming transfers to hold the number relatively steady.  I found this topic intriguing and that  it deserved to be looked at a bit more closely because if the schools were losing that many students, even if many were being replaced by incoming students, there must be some reason why so many were leaving the schools.  The question examined here is what’s going on with all these “transfers.”  Just in case you are the type of person who rushes to the end to see what the conclusions are, I will save you the time and let you know I didn’t find out why, but I did learn some interesting things along the way. Rather than definitive conclusions, perhaps the most important contribution of the following is to provide an important reminder that the world has become increasingly more and more complex – even on matters as mundane as student transfers — while at the same time we are presented information and encouraged to think about these matters in terms of simplistic soundbites. This is of course a recipe for mass confusion and misunderstanding.  The solution is to be more demanding consumers of information and insist that leadership be more responsible in presenting ideas and policies in a way that we can reasonably understand these complex issues and thus make the decisions we need to make.  Leaders, in turn must accept the responsibility to present issues in a way that we can understand them and become meaningful participants in a democratic society.

The first thing I discovered on this journey was that a “transfer” student was not exactly what I had been led to believe.  Like so much these days, it turned out to be more complicated. The report put out by the Indiana Department of Education (Transfer Report Frequently Asked Questions in.gov) that includes the “transfer“ data  for each school system in the state, explained what it means to be a “transfer student.”  The report makes it clear that the data presented is “not an examination of student mobility.”   Rather, it is a report on the number of students who currently attend a school —  that receives state funding —  other than the public school that they would normally attend based on their legal residency.  This includes other public schools, charter schools, and private schools (choice schools) where students are receiving state funding.

This clarification of what constitutes a “transfer” student sheds a different light on this issue. Rather than conveying the image that there are hundreds of students leaving the Valpo school system every year, we now see that these “transfers” are students who simply go to other publicly funded schools that are not the schools they would normally go to based on their legal residence.  Every year there is a count of the number of students in this situation and this number is reported as the number of “transfer” students from this school system.  To clarify a bit more, it is possible that someone labeled a transfer student may never have gone to the school of their legal residence, but is in another publicly funded school,  and that person would be considered a transfer.  Likewise, if students who continue in a school not in their district from year to year, they  will be counted as a transfer student every year that they attend that school as long as there is public funding involved. At the same time, those students attending choice schools who do not get state funding are not included in this data. So while there may be many “transfer” students from VCS, there is not a mass exodus of new students leaving the school district every year.

Among the many statistics in the Department of Education report is the net transfer for a particular school.  This is equal to the total number of persons who go to schools other than where they live,  minus the number of incoming students who do not reside in the VCS district.  In the case of VCS, as indicated in Table 1, the net transfer figure for the 2021-2022 school year is -373.  In a larger context the question is, what does this -373 number mean or indicate? In an absolute sense it seems quite large and it certainly raises question as to why it is so large.  The impression given by some in the most recent campaign was that it was both large and way out of line with other schools in the area. To see how VCS compared to other schools, 18 public schools in NW Indiana were selected and their  net transfer figures examined.  As seen in Table 1, out of those 18, VCS ranked number 12 out of 18 indicating they were in the lower half in having more transfers than the other schools.  If you control for the size of student enrollment at the schools, as also indicated in Table 1, they move up to number 11.  Not impressive figures.  But what is interesting is that the  schools (6 of them) with positive transfer rates: Whiting (341), Munster ( 77), East Porter (63), Boone (41), Union (23), and Porter (22) are mostly (4 of them) smaller and more rural schools. Also interesting is that when controlled for the number of students (transfers per 100 students) in each district, Valpo (-5.52) scores  about the same as a group including Hobart (-5.44), Highland (-4.76), and Crown Point (-4.84) who all have about the same transfer score.  Again, when controlled for number of students, schools including Portage (-8.26), Griffith (-8.28), Merrillville (-10.51), Lake Station (-13.02), Hammond (-14.04), East Chicago (-31.87), and Gary (-63.22) all score, in some instances, much, much lower.  Overall while VCS may not be where one would like them to be, they are still not way out of line with schools in the surrounding area and those that are similar in size.

It’s difficult, given the aggregate data we have to work with, to determine why students leave the Valpo school system. When you look at the students who live in Valpo and go to a different school and what schools they end up in, it doesn’t provide definitive evidence on why they went to different schools, but you see some interesting patterns. Looking only at the most recent data – the data from last year is about the same – from the 21-22 school year, recall the net transfer number for this year is -373. Looking at the data in Table 2, of those -373, 238 were in what’s called the “public choice” category  where parents chose to send their children to other public schools.  The two highest destinations which accounted for ½ of all the public choice transfers were 77 to East Porter Schools and 48 to Duneland. Another 20% included transfers to Union Township Schools (24) and Porter Township schools (23). The remainder were scattered among other Porter and region school districts.

The other situation where children are sent to other public schools (called public choice, other) is, for example, when they have special needs and have to attend a different school.  There were 8 in this category this year.

Another group included 93 students who ended up in charter schools. Indiana Connections Academy (44) and Discovery Charter School (34) accounted for 84% of these transfers.

And finally, there were 134 transfers to nonpublic schools with choice scholarships. Immanuel Lutheran School (58), Victory Christian Academy (39), and Saint Paul Catholic School (14) accounted for 83% of these transfers.

Without more data as to the reasons for all this movement, it is hard to draw conclusions. But a few things do emerge that allow for some suggestions or hypotheses. One is geography.  The biggest movement is towards districts that border Center Township. This is seen particularly in the number of transfers to East Porter Schools where the City of Valparaiso actually intrudes into Washington Township.  The move to Duneland is less obvious but for someone like me who lives right on the border between VCS and Duneland schools where neighborhoods are divided between districts, we see students going to Duneland when in VCS territory and vice versa. How often this occurs and whether it happens in other areas is only a guess. But I suspect geography and proximity to a school are factors.

A second pattern is size, with movement to smaller schools. There could be a lot of reasons here, one of the reasons given by several friends of mine was to move to schools where there is less competition and their children can participate in sports and theatre and other things. Having sent our daughter through the competitive theatre and music world at Valpo, it makes good sense to do that.

Certainly one could add religion to this list. 134 children who reside in the Valpo school district go to religious schools on our tax dollars and that number is up from 93 last year.  My suspicion, given the fiercely held religious beliefs of some of our fellow citizens, is that a religious motive dominates the movement to these schools.  Note the two big ones in this category are the most conservative, Immanuel and Victory.

The bottom line is that there needs to be more data to determine exactly why students go to a school not in their own district.  Aggregate data only takes us so far and we need more individual data on topics like this.  Of course, none of this negates the hypothesis that students become transfer data because of negative experiences in Valpo schools.  At the same time, the exercise here reminds us that we always have to be cautious in interpreting data and accepting others interpretation of that same data.  Likewise, we need to encourage, if not demand, our leaders to be more responsible in presenting issues in such a way that we can reasonably understand them.  I can’t help believing that if the state would have chosen a better term than “transfer” student, much of this confusion may not have occurred.